Remember New Year’s Eve? We felt such excitement and anticipation at the start of a new decade. Little did we know then the world would shut down due to a pandemic and then open up to fight racism. These monumental events have had an extraordinary impact. We’re only halfway through 2020, but there’s still a lot of uncertainty ahead. There are concerns about a second wave of COVID-19 and while it appears protests are exacting results and reform, there’s a lot more work to do. No doubt we’re feeling anxious, but are we afraid? Are our kids?

A survey conducted by Save the Children tells us 67% of parents are somewhat or extremely worried about their child’s emotional and mental wellbeing because of COVID-19. When kids were asked how they feel, approximately half reported being bored (52%) or worried (49%). One in three reported being scared (34%), and one in four reported being anxious (27%), confused (24%), stressed (23%) and/or unhappy (22%).

Although they’re interrelated, there’s a difference between anxiety and fear. Fear is an emotional response to a known or definite threat. Anxiety anticipates a possible threat. For a kid that could mean, they’re afraid of the loud noise they hear coming from the basement, but they’re anxious that when they open the basement door, they may hear a loud noise.

The science of fear

They’re so connected that fear causes anxiety and anxiety can cause fear. We’ll experience the same symptoms from both: shortness of breath, increased heart rate and tensed muscles. But anxiety also results in feeling nervous or restless, having trouble concentrating, and constantly worrying, to name a few more indicators.

Scientists who study the brain tell us emotions arise from activity in three distinct regions: the amygdala, the insular cortex, and the periaqueductal gray, a structure in the midbrain. Think of the amygdala as the emotions control center. It specializes in detecting and responding to threats. That’s what activates the feeling of fear and that’s a good thing. Fear guides our fight or flight response that helps to keep us safe. It also heightens our senses and the awareness that puts us on alert so we feel prepared.

Kids experience some very real fears and develop specific ones depending on their age:

It becomes complicated for teens. Adolescence begins when the protein, kisspeptin is released into the brain. That affects the amygdala and makes feelings more intense. While teens endure several fears including failure, rejection, criticism, gossip, embarrassment, and disappointment; they often suffer in silence. They don’t like to admit to being afraid. They’re ashamed of it and think exhibiting fear shows weakness. This allows fear to feed upon itself and that increases anxiety.

It’s our natural instinct as parents to come to the rescue and banish our kids’ fear, but teaching them to manage it themselves builds the confidence they need to take control over the scary stuff. We enable our kid to address what frightens them by helping them learn self-regulation and stress management. These are the foundational building blocks of healthy development that sit at the base of the sixteen Habits of Success, the power habits that help kids succeed in school and beyond.

Kids begin developing these habits in early childhood. They can be nurtured at home and in the classroom as the base of the pyramid of the other habits of success.

There are plenty of ways you can support your kid as they learn to handle all the big emotions, including fear. Ultimately, their response is both a shift in how they think and what they do.

Here’s how you can help

Sometimes your very presence is all a kid needs to calm their fear. Use the time together to develop an emotional response plan with the Emotional Response Strategies List from Turnaround for Children. It’s a way for your kid to think about how they feel. Emotions don’t just happen; they’re responses we can control. By working together to plan strategies for dealing with hard emotions, you’re helping your kid self-regulate their behavior.

Even if there’s no boogeyman in the closet, your kid’s afraid there is and that science test your middle-schooler is facing feels daunting. Accept that they’re scared. Don’t downplay it; instead, ask your kid to suggest a plan to address the fear. Maybe they’d like you to open the closet door together to check if anyone is inside or for your older kid, they might ask you to quiz them on the facts to prepare for the test.

In the case of a real threat, like a fire, take action first, but then explain to your kid all that’s being done to protect them. They’ll notice that you’re afraid, too. Admit it. If you don’t, they’ll know you’re lying and that will make them more fearful.

There are some graphic images of brutality on the evening news right now. If the TV’s on, limit how much time your kid is watching, but take a few minutes to discuss what they see. Help your kid understand the impact of systemic racism that’s woven into the fabric of our lives. This is an important conversation we should have frequently, challenging as it may be. Because it involves danger and personal safety this is one time fear can drive action in empowering a response to the crisis situation.

It may be easy to develop confidence in the preschooler who’s afraid to sleep in their room. Don’t push them out of yours. Put their mattress on your floor and over the next few nights, move it a little further away until it’s back in their room. Each morning praise them for being brave.

If fear is stopping the high school kid from auditioning for the school play, help them set small goals like practicing in front of their mirror, then in front of you, and finally at the audition. These minor steps lead to big action and brave behavior.

Even if a kid knows what they’re afraid of, they may not know how to tell you. Ask questions to get to the root of their fear. If they say they’re afraid of the neighbor’s dog, ask why? If they’re not sure or don’t answer, give them a few options: because it’s big, it’s loud, it jumps? As you continue the conversation, you’ll come to a better understanding of exactly what your kid is scared of and can help them come up with a plan to work through the fear.

With lots of uncertainty ahead and some very real concerns, we’re all coping with some fear. As we help our kids address theirs, let’s practice some brave behavior of our own. 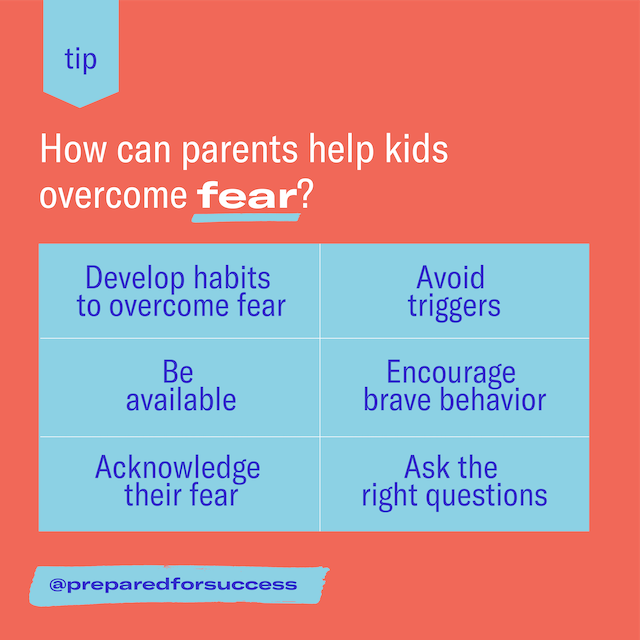 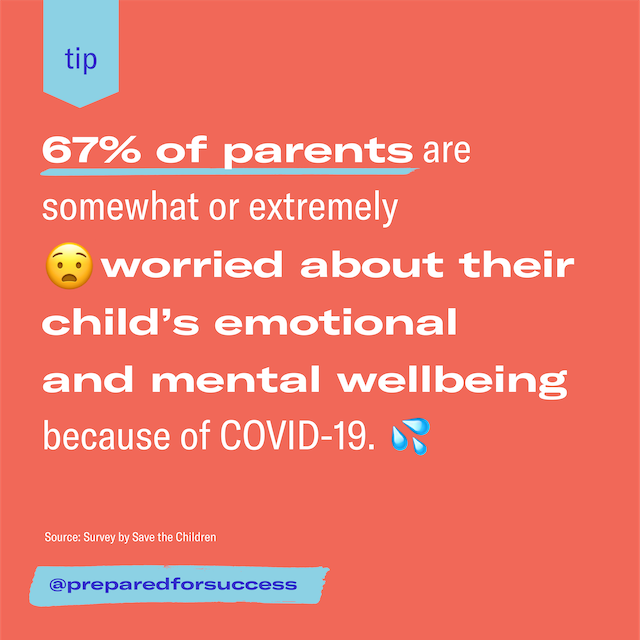 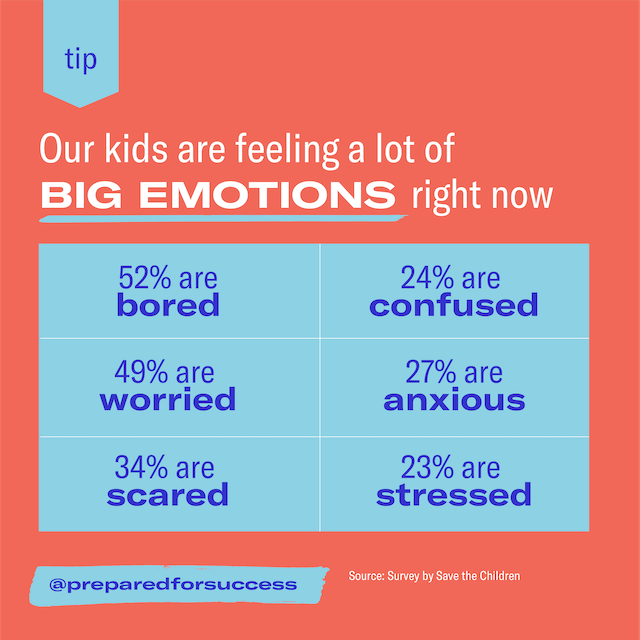